It is purely coincidental that I always use B&W film in Paris. I love the city’s consistent color palette of creamy beige, earthy brown and muted greens; but I also love the underlying spirit of Paris when the colors are concealed.

It has been almost one and a half months since I left Paris after my exchange semester. Now that my nostalgia has calmed down a little bit, I am ready to face the photos and the memories.

During 4 months, I have managed to take 21 usable photos with my film camera Revue 400 SE and an Ilford B&W roll. As stupid as I am, I already threw away the film roll box, thus not knowing for sure now which kind of film was used. I suspect that it was a roll of Ilford HP5 400.

Without further ado, here are snippets of my wonderful time in Paris. I hope you enjoy the photos as much as I cherish the memories.

As if fate had heard my wish, Shayna had decided to have her fan meet-up on the very day that I landed in Paris: 28th February 2019. I originally knew Shayna as The Purple Palace on Youtube. She’s an American art student in Paris, whose videos are of the most unique and artistic kind I’ve ever seen. I got to know Paris through Shayna’s vlogs and admired how poetic one can be in the City of Light.

On 28th February, I landed in Paris pretty early in the morning. After I had checked into my room and barely settled down, I headed to Parc des Buttes-Chaumont to meet Shayna. Shayna has a collection of vintage wedding dresses, and she decided to wear one to the meet-up. We all had the honor of signing our name on her white dress! 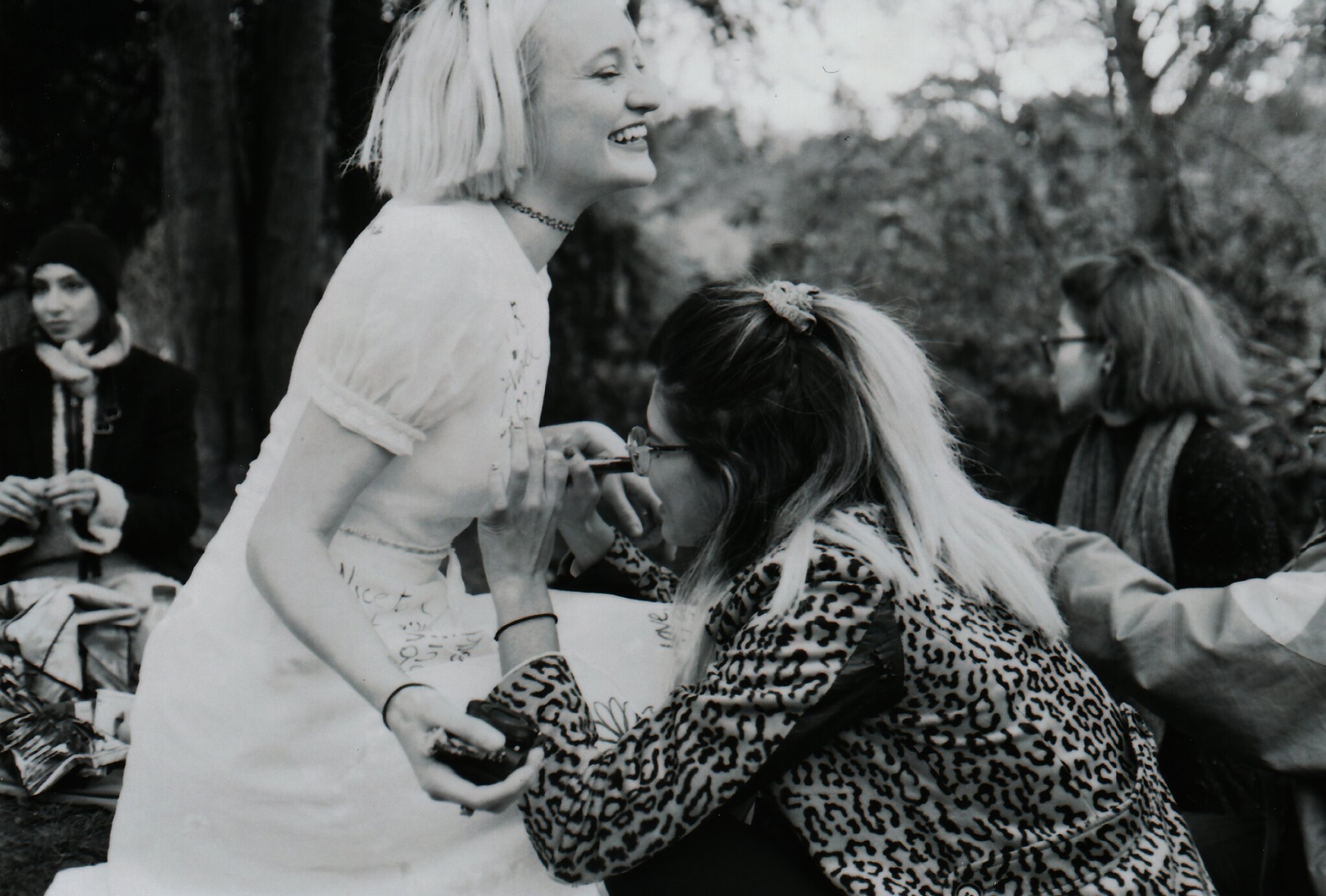 I was deeply overwhelmed by so many young creative people. They were full of life and interesting stories. It was also during this meet-up that I met Rachel, who later turned out to be one of the most interesting people I’ve known (if you’re reading this, yes you are!). She asked some thought-provoking questions and really took me by surprise. Right then and there, I felt so thankful for the chance to go on this exchange semester. Meeting new people, seeing new perspectives, hearing different opinions – what more can I ask for? Somehow, after the meet-up, I was mostly impressed by Rachel, even more than Shayna herself, even though she’s also one impressively unique personality.

Here’s a photo of me and Rachel later in April. We were walking around and randomly ran into the Beaugrenelle Music Festival. You know how it goes – we see a photo automat, we take photos.

I went on a day trip to the castle in Versailles with my Erasmus friends. French architectural monuments never ceased to amaze me. Look at this gate, I’d like to imagine that the gate to heaven also looks the same. 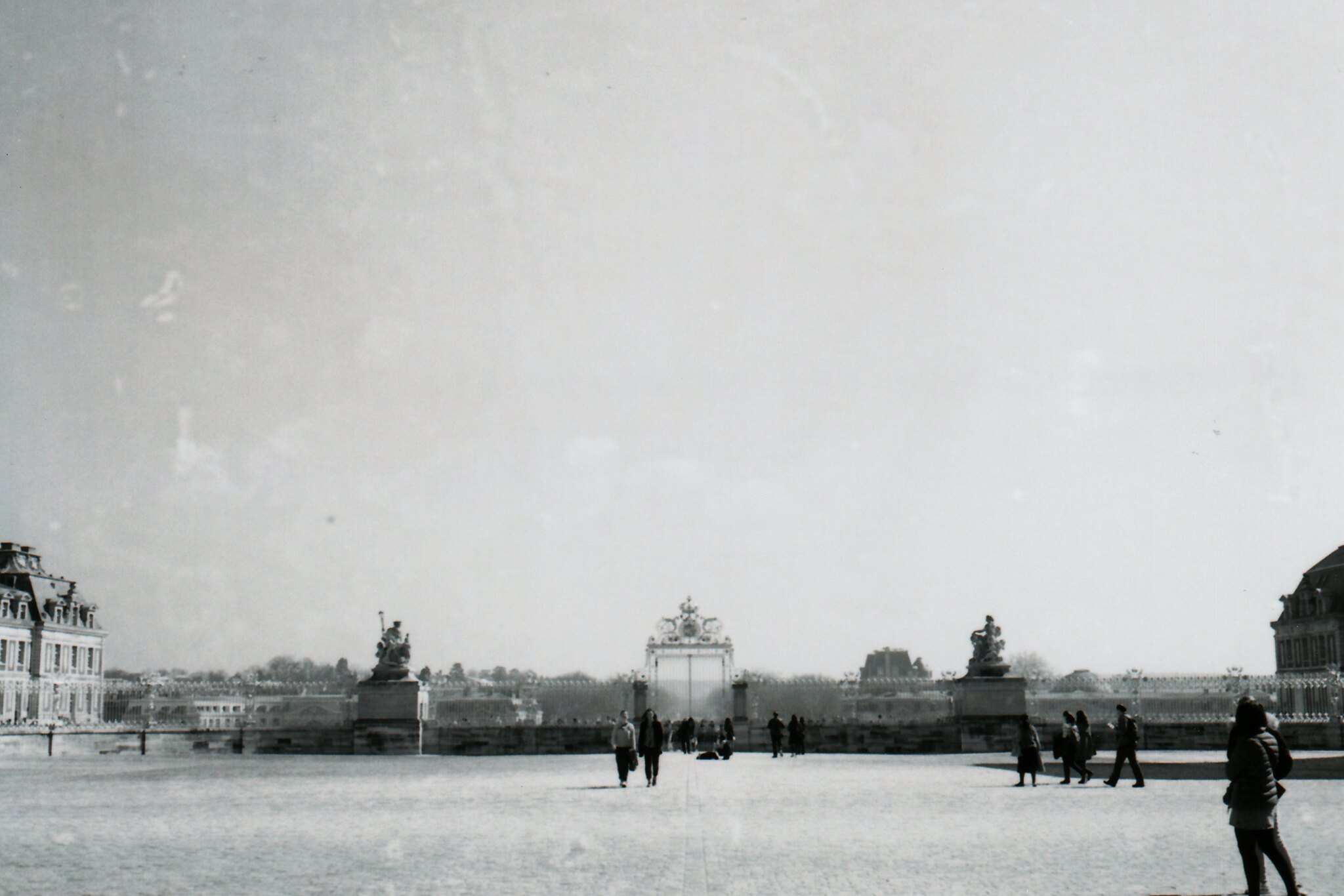 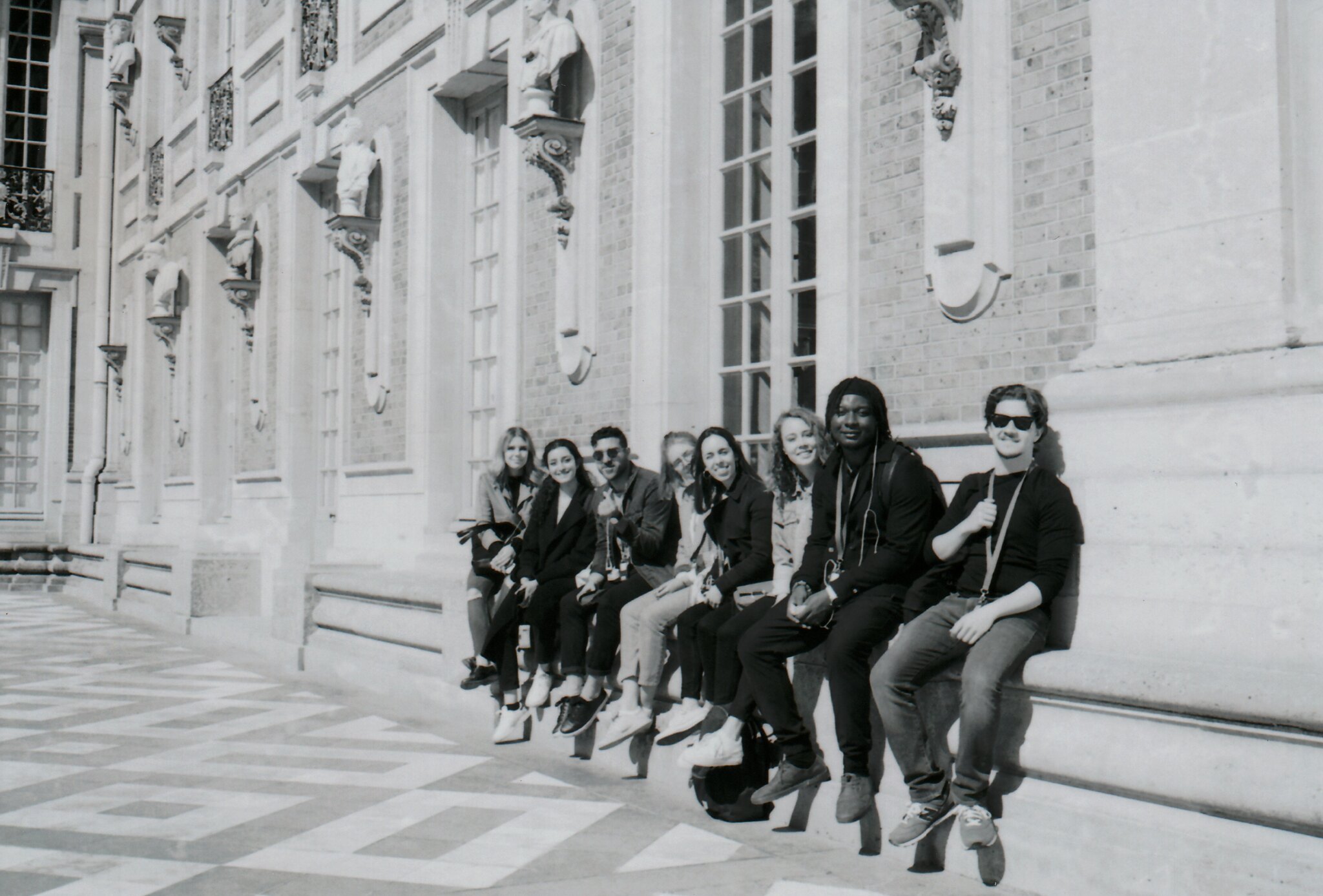 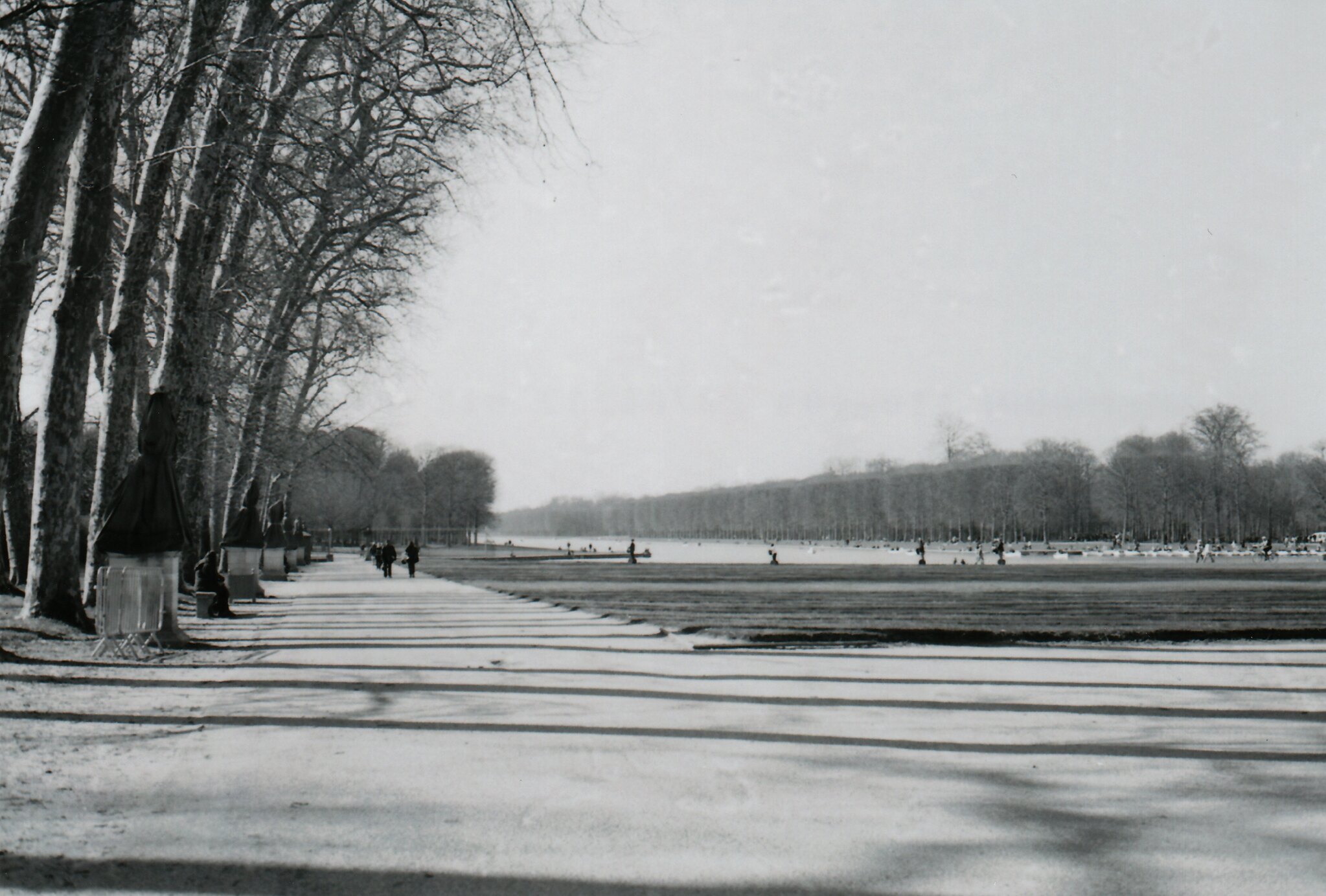 This is the park near the castle. In the afternoon, the whole scenery is a chess game between light and shadow. 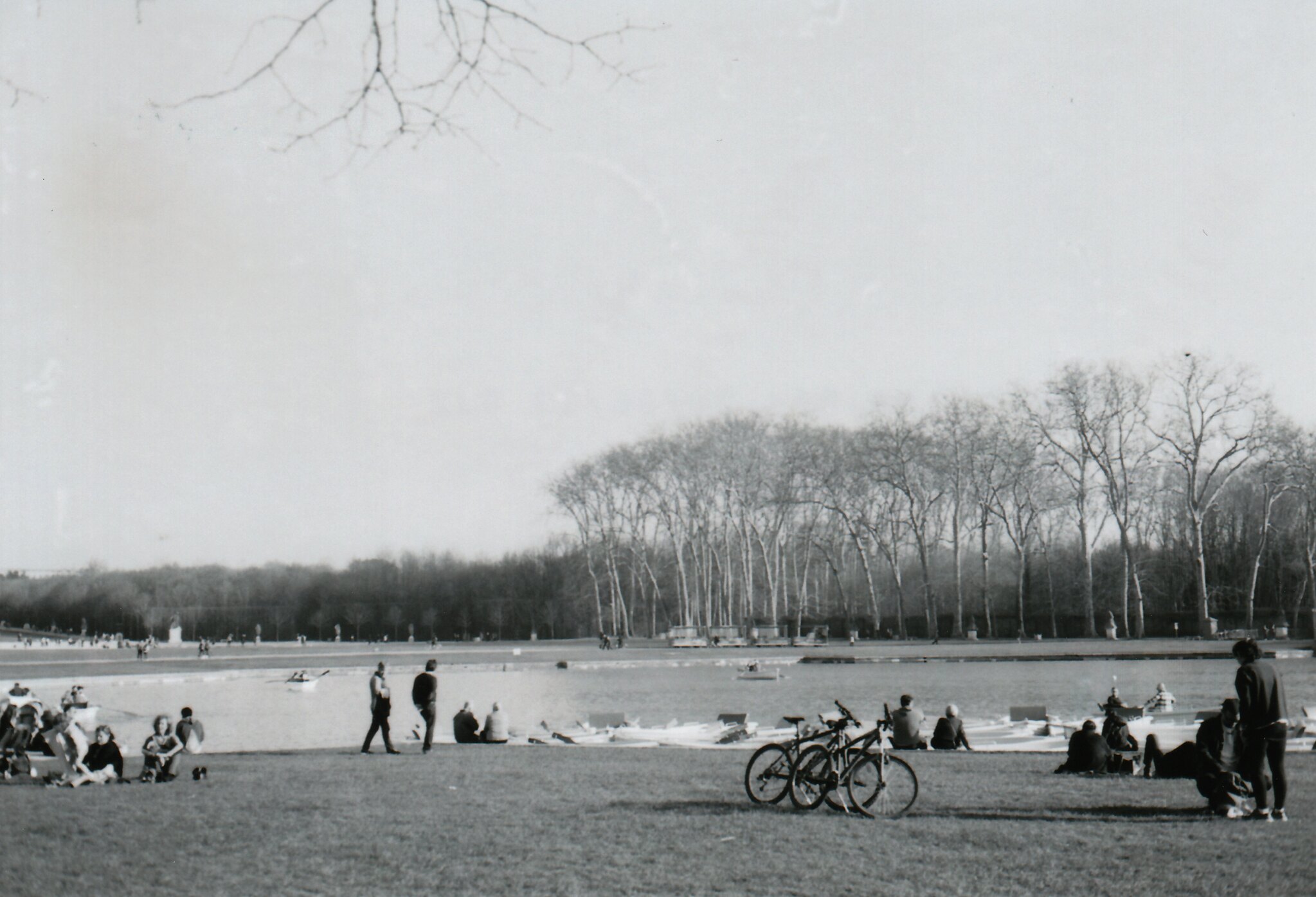 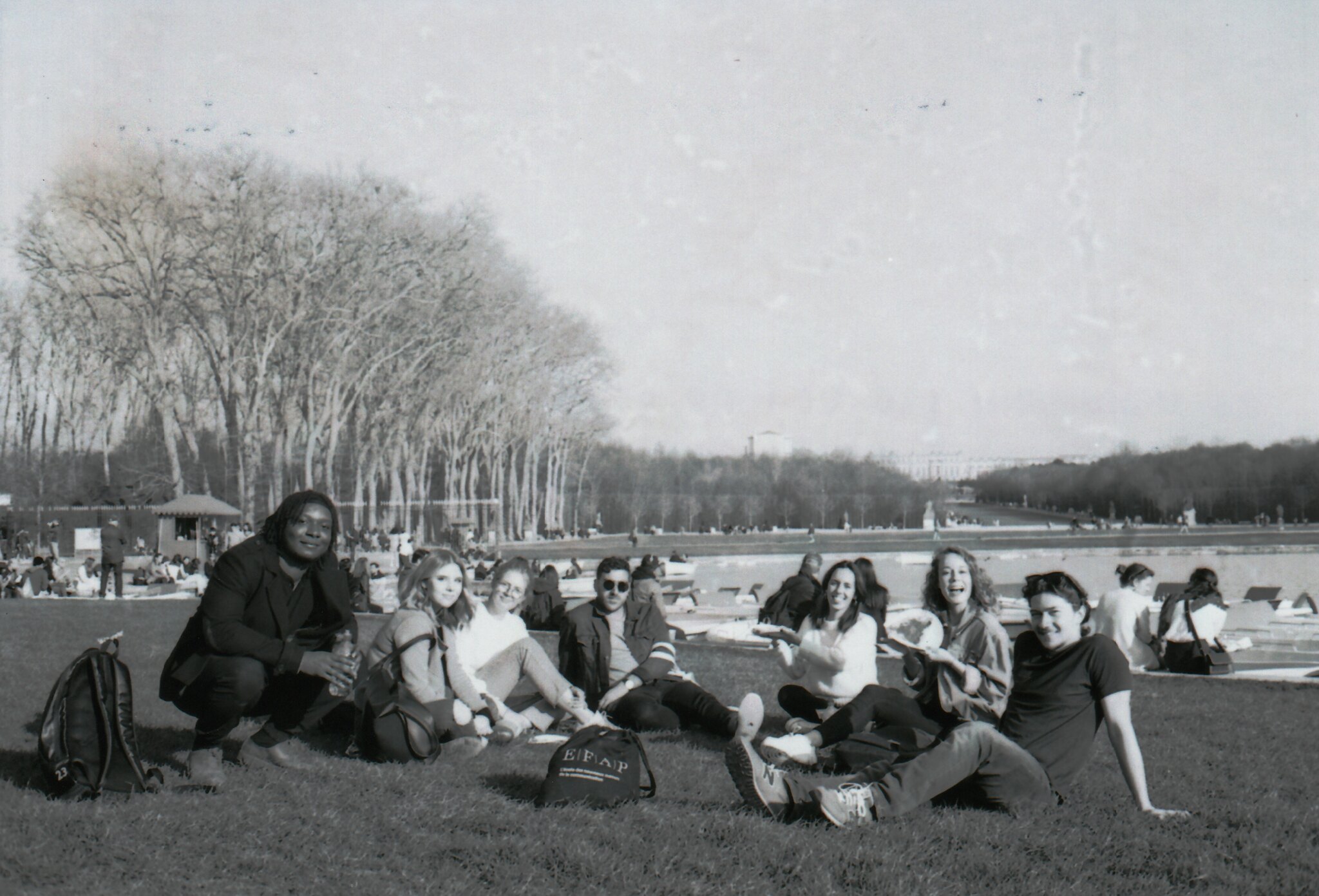 Did you know that French people are famous for their protests? My Paris experience wouldn’t be completed without a protest, so I went on one!

La Marche du Siècle is a student-organized demonstration demanding governmental actions against climate change. The organizers stated that more than 100 000 people were on the street in Paris and more than 350 000 across France. 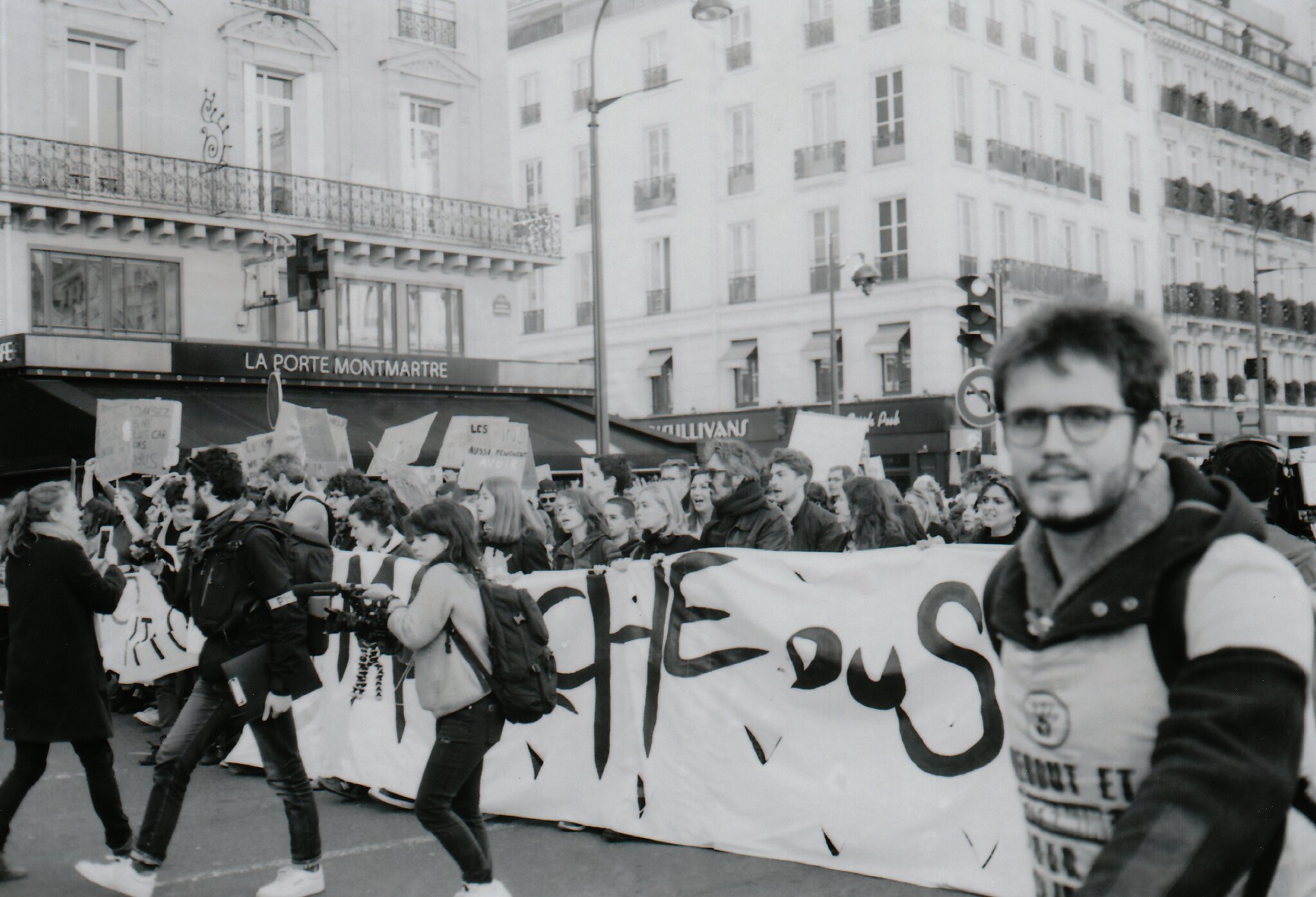 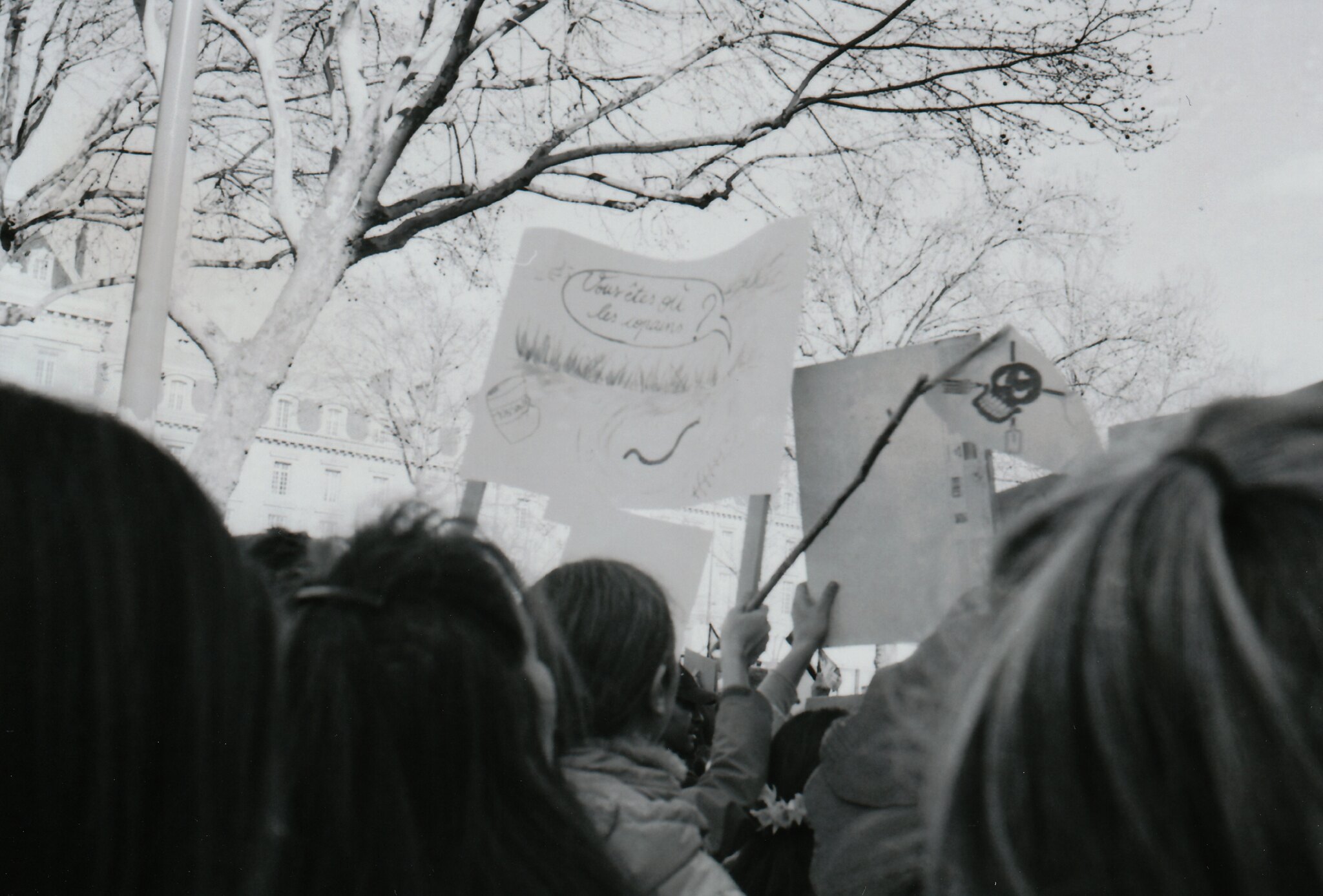 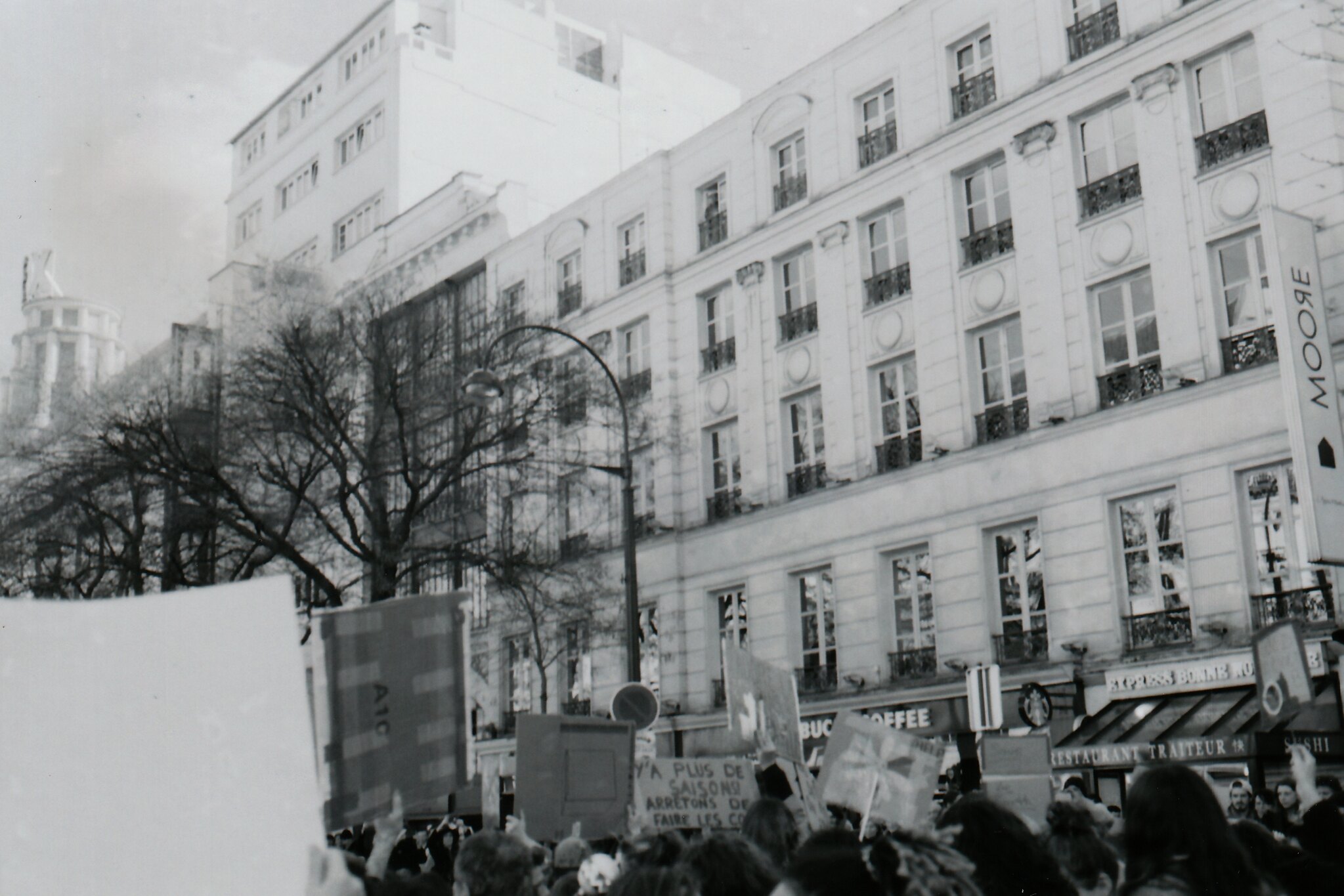 We walked all the way from L’Opéra to Bastille (approx. 3,5 km) while chanting together.

The countless small-but-definite moments of happiness

The perks of living in Paris is that I got to enjoy every mundane life moment without any rush whatsoever. There were many lazy days, where I had nothing to do, so I just got out of the house to enjoy the sun and wander around aimlessly. For example, I took these two photos to mark how serene and grateful I was feeling to sit in the garden of Palais Royal, read my book, take in the sunshine and people-watch. 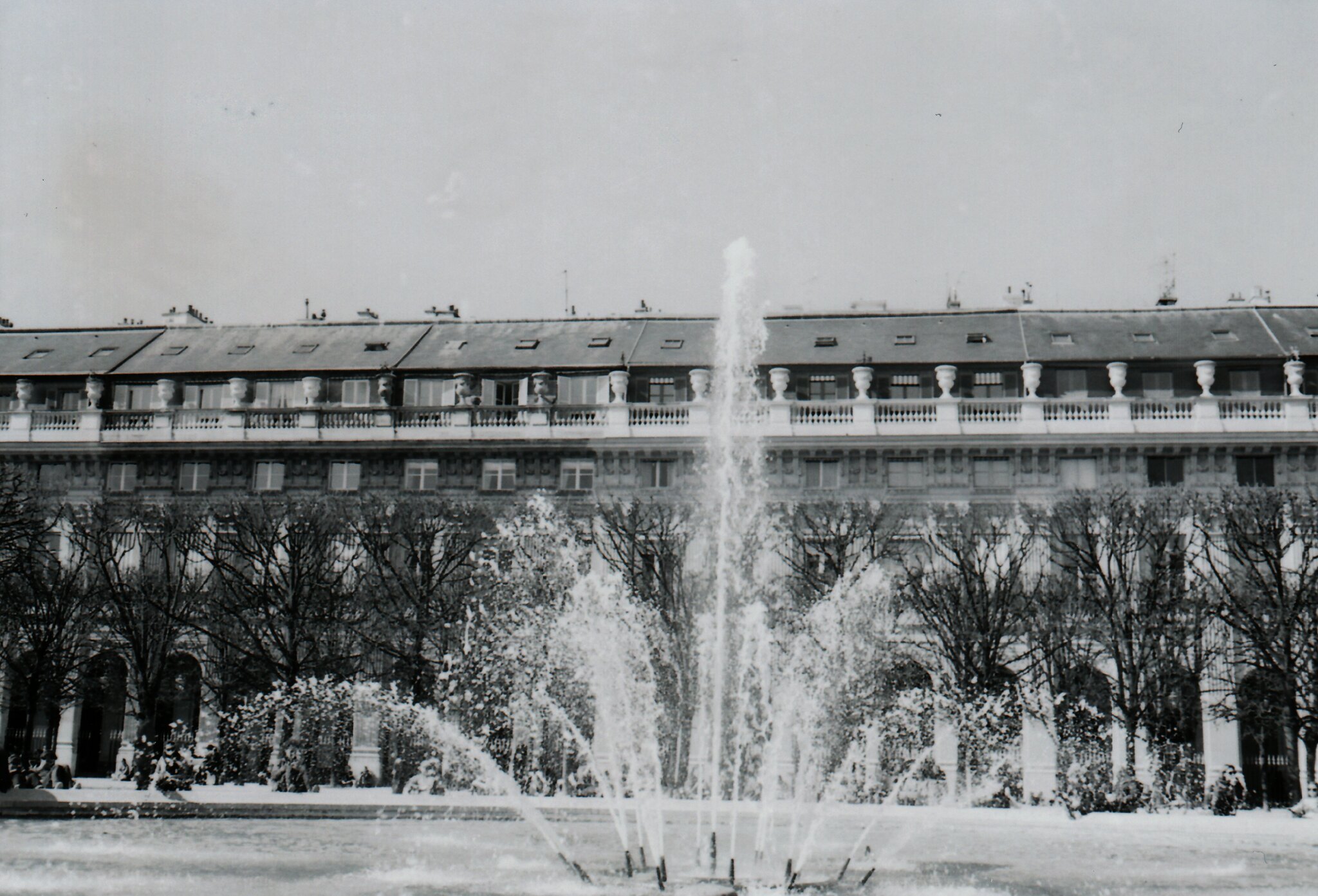 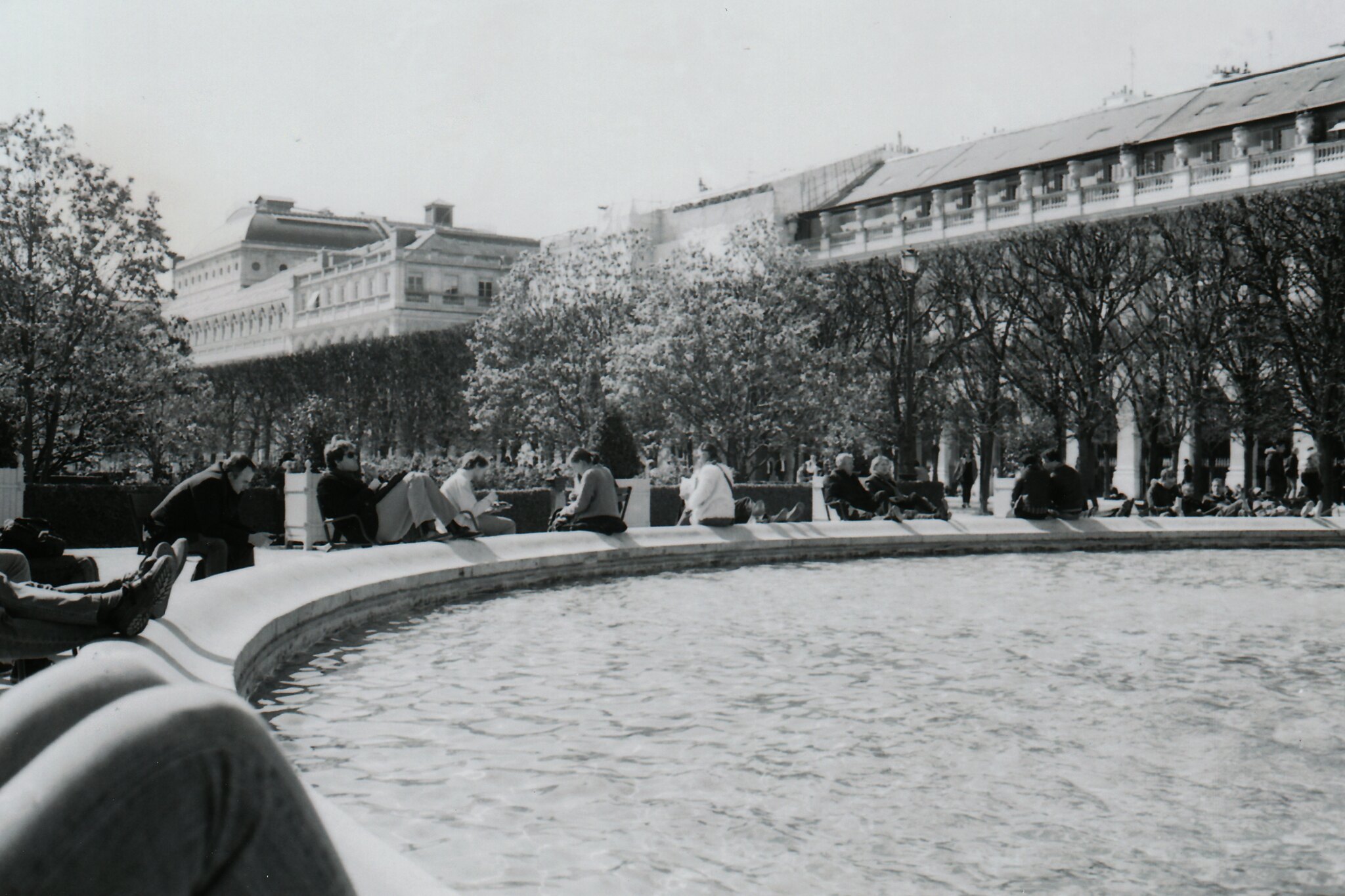 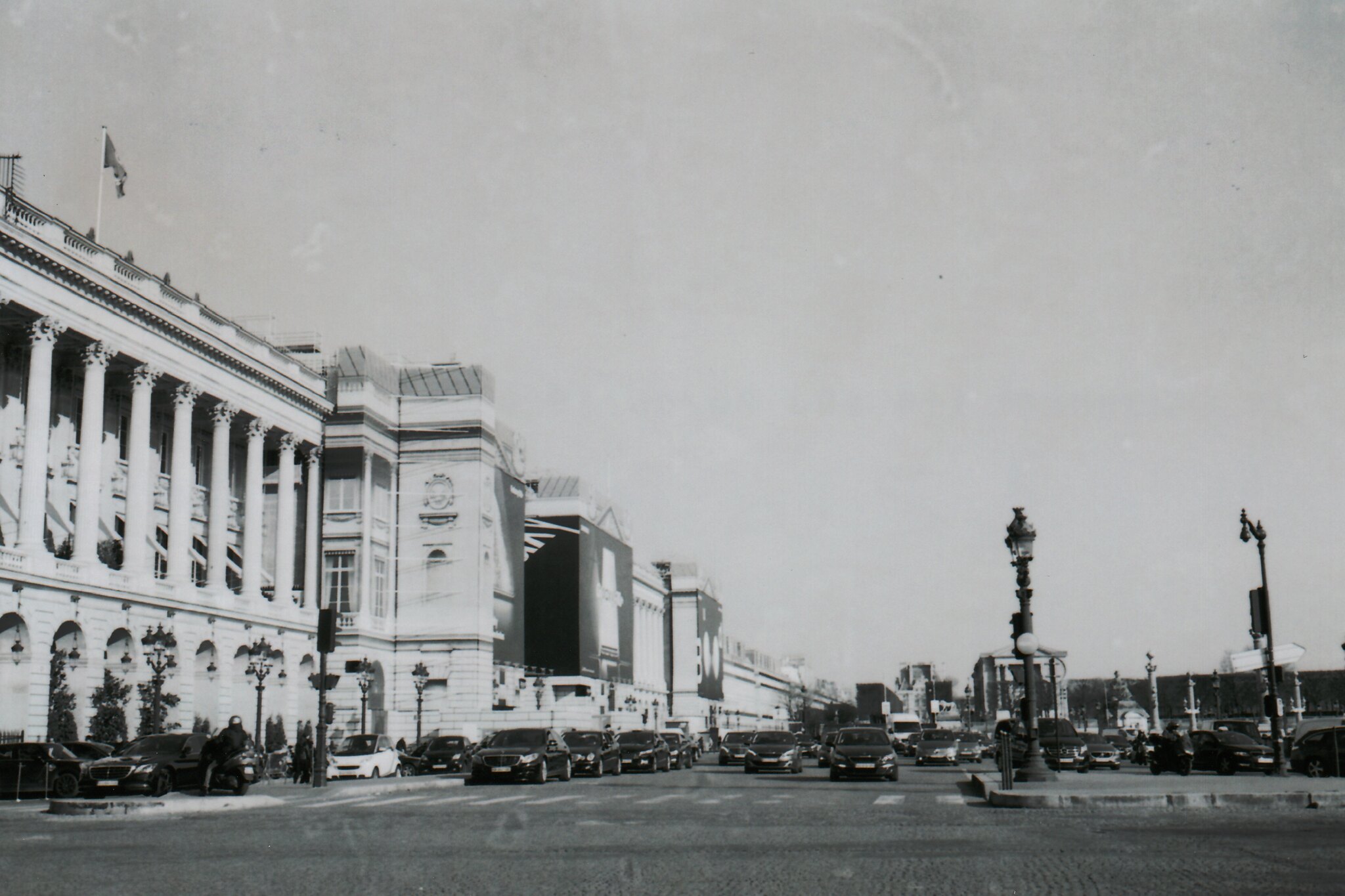 Or a random photo of Place de la Concorde, which I took on a city tour with my French Culture class. Of every class I took in Paris, this was definitely my favorite. Our teacher Sylvain is a dork in the most positive sense, he passionately shared stories about Paris to us, took us on walking tours and even made up a scavenger hunt just so we could enjoy learning historical facts. 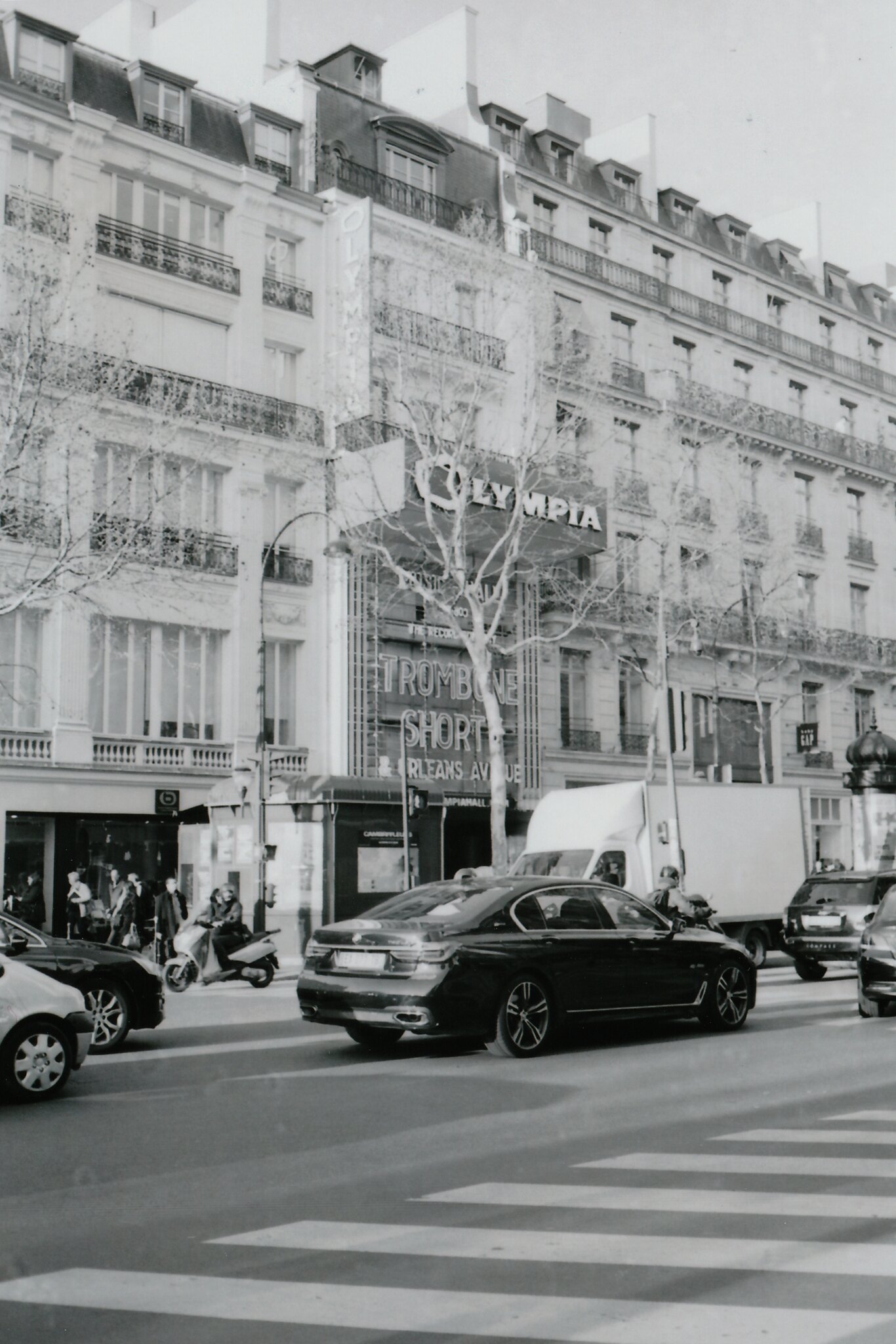 On another walking tour, we passed the L’Olympia in Boulevard des Capucines. 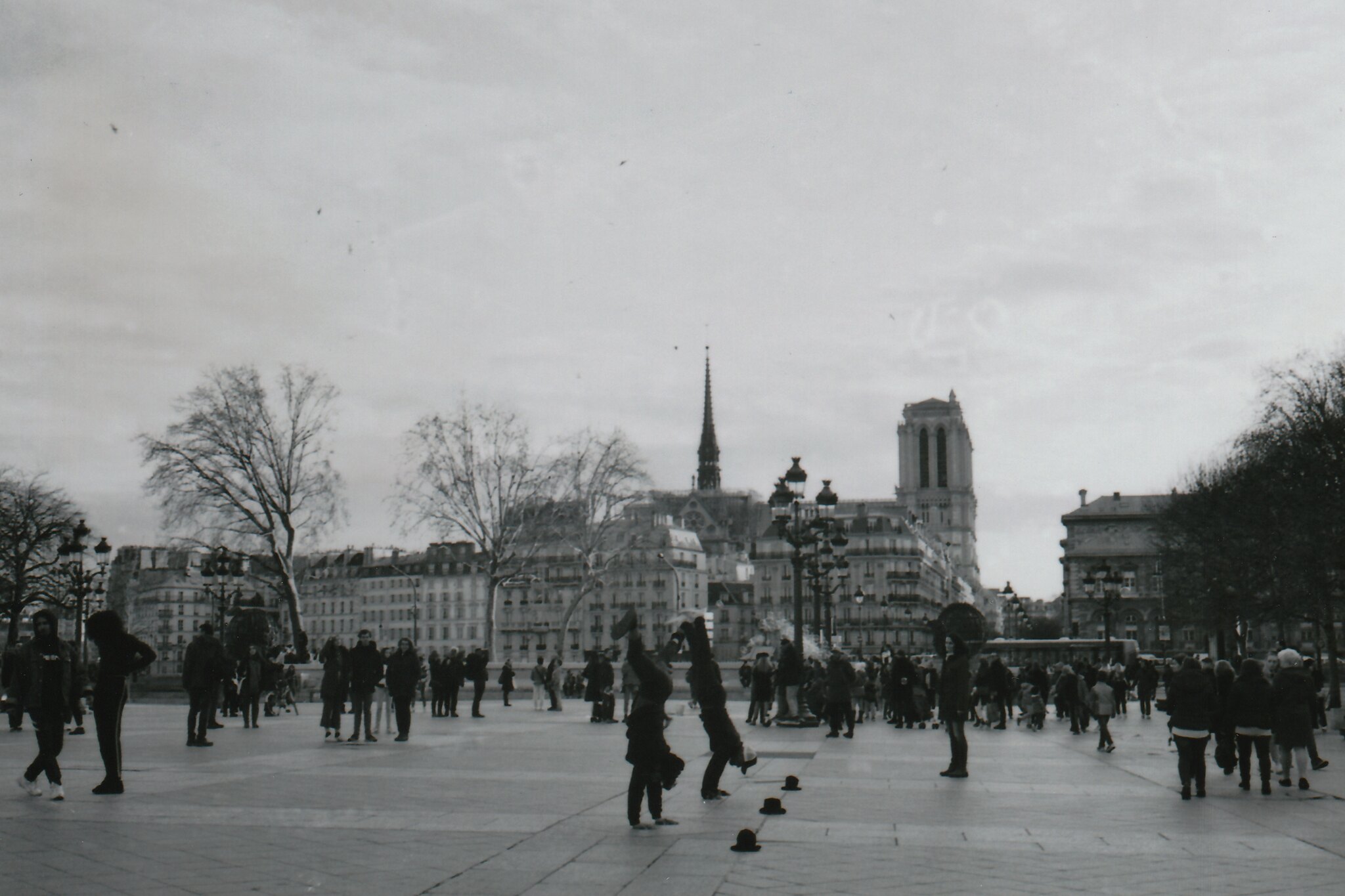 Le Marais has got to be my most favorite neighborhood in Paris. It’s where all the cool and affordable thrift stores are. I took this photo on the square in front of Hôtel de Ville. In the background, you can still see the spire of the Notre Dame before the fire catastrophe in April. 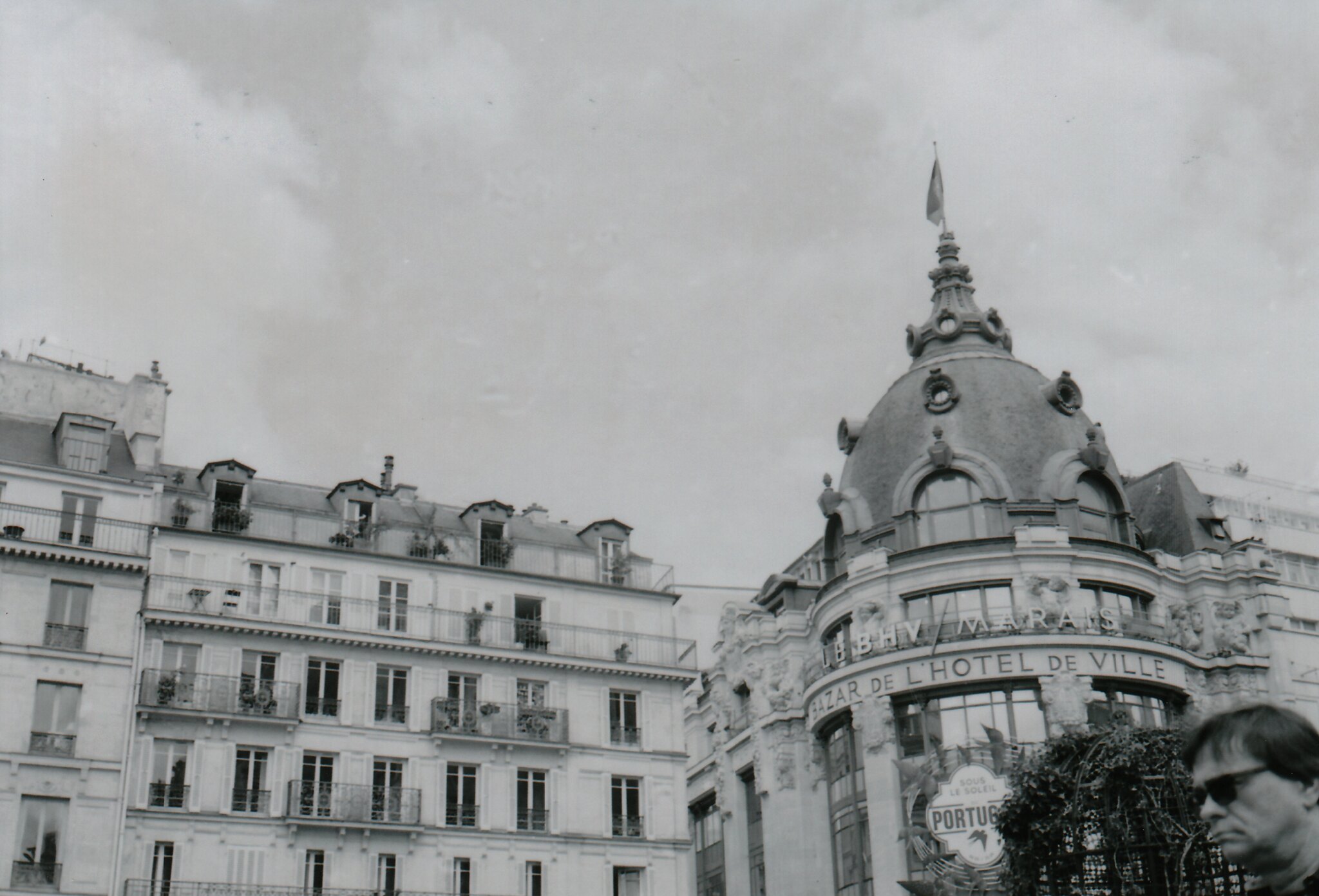 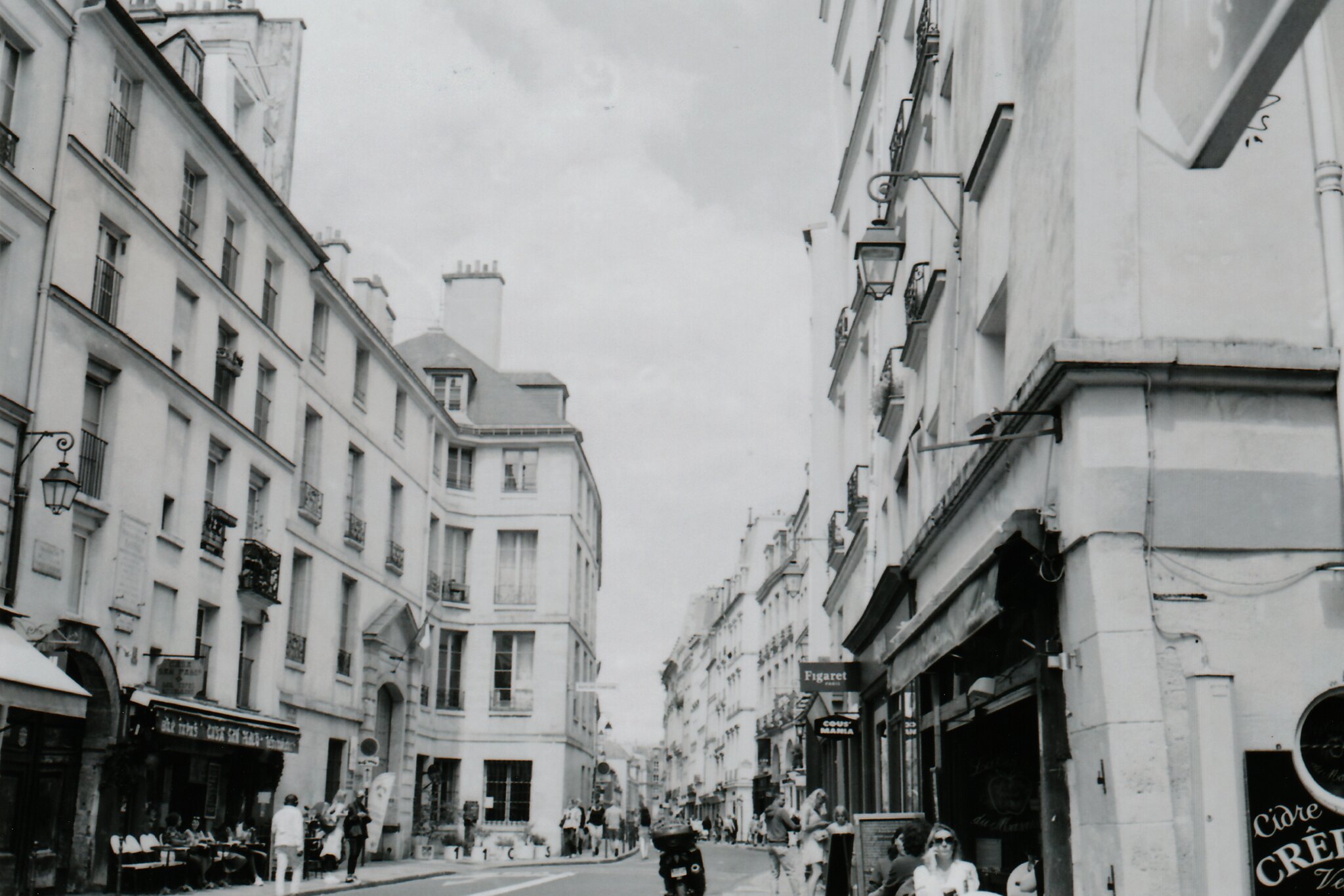 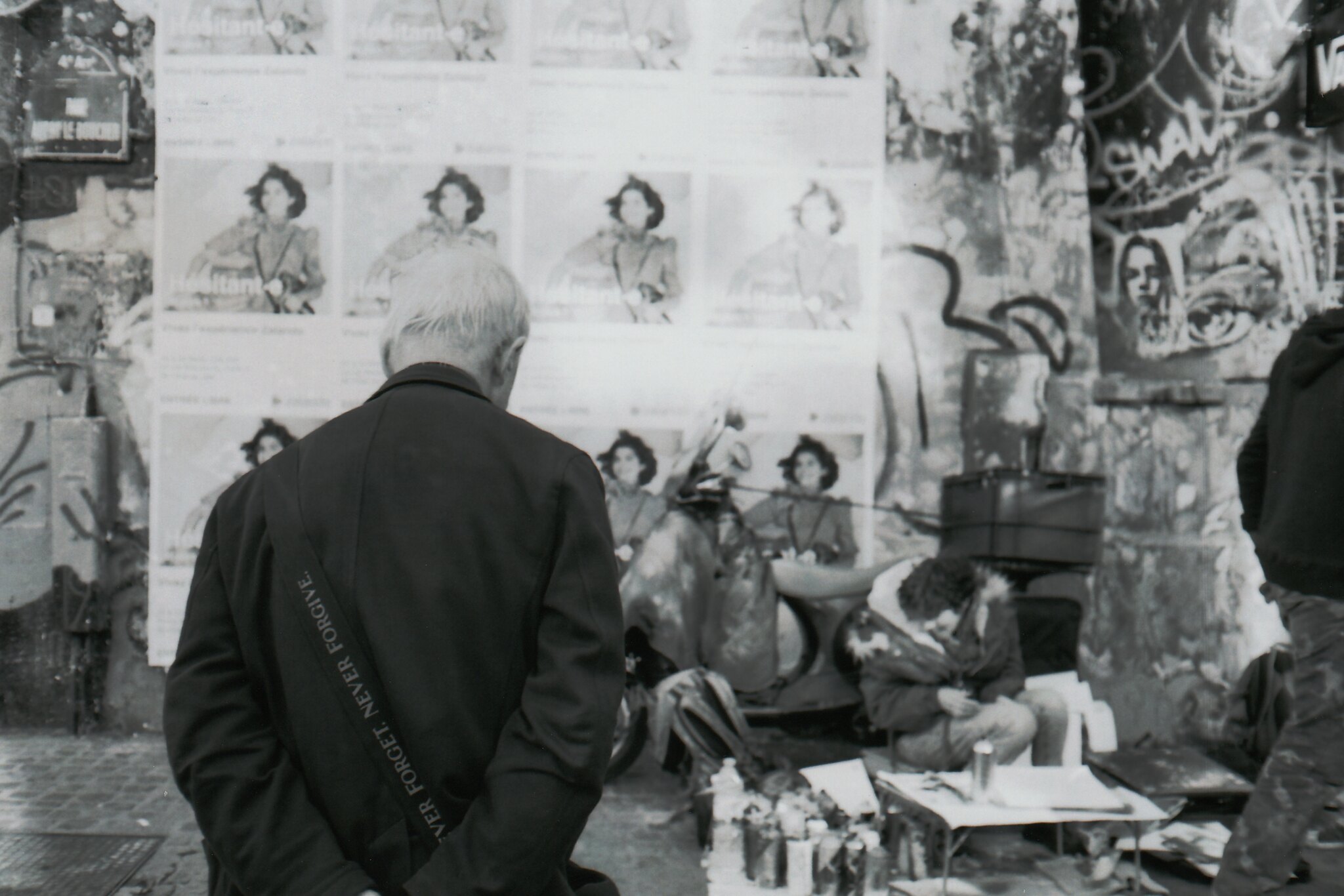 At glance, this is simply a photo of an old man standing in front of a street vendor near Centre Pompidou. But can we all please take a moment to appreciate the line on his crossbody straps? “Never forget. Never forgive”. Please accept my salute, Monsieur Sauvage! #savage 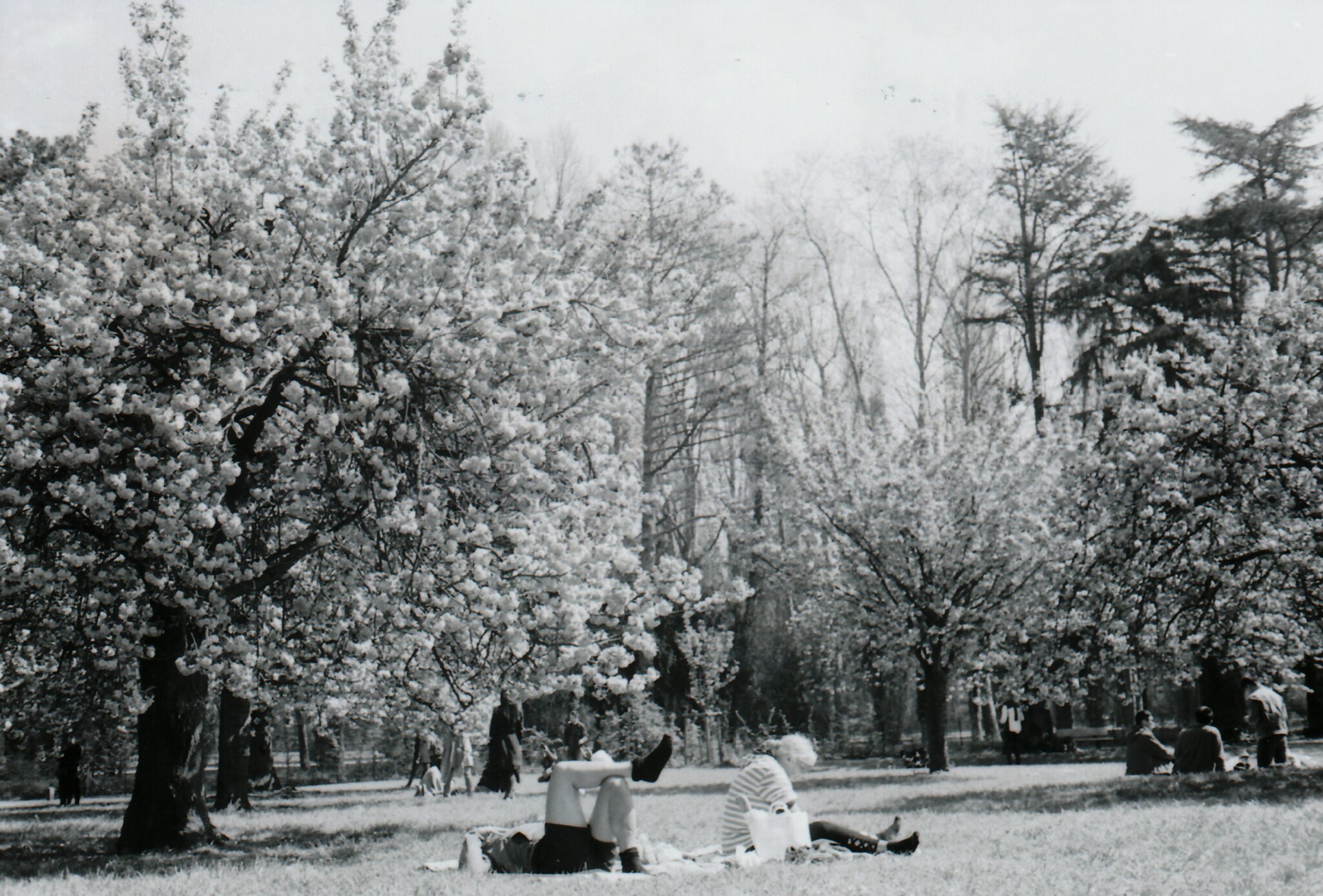 Time stood still for this afternoon in Parc de Sceaux. The cherry blossom trees were at full bloom. Amidst of crowds, I found this senior couple at a far corner. Relationship goal: He was sleeping and she was reading.

Last but not least, familiar faces in a rather strange place

I meant friends who visited me during the four months. They gave me the chance to experience Paris over and over again through the eyes of a tourist (I wrote about this aspect in this blog post in Vietnamese). After a certain time living in the city, you become familiarized with everything, and you see things differently, often time with less appreciation. You start to take things for granted, because they are always there.

I learned to not take anything for granted, thanks to the awe and fascination in my friends’ eyes when we toured around Paris. Like this moment: Tôm at sunset, during a picnic by the Seine on a hot early-summer day. 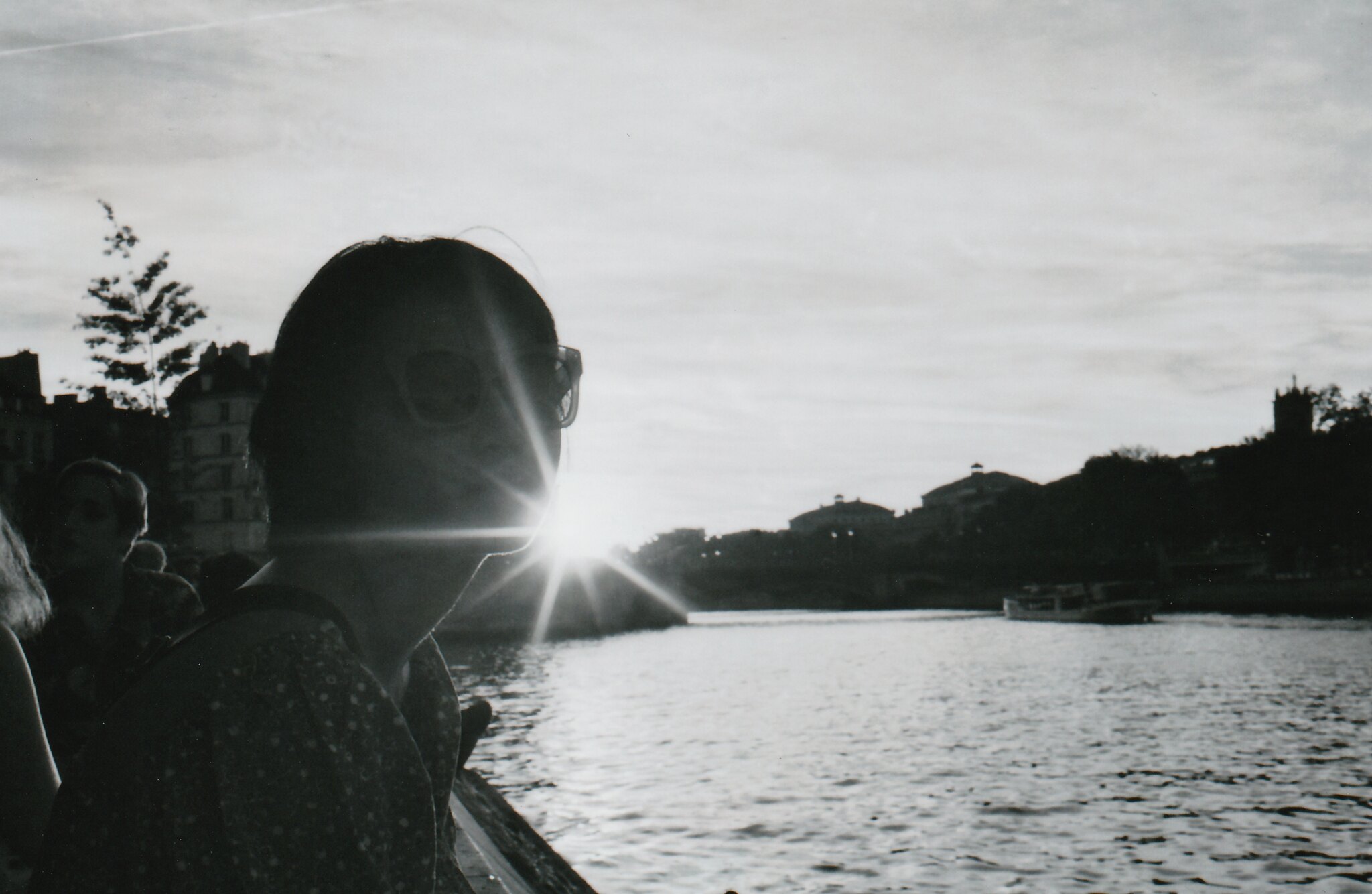 You will never get to experience a moment again, because you are constantly changing, and the world is constantly changing. That is why people take photos, shoot videos and write poetry. To capture the rawest emotions, the most truthful observations, the state of people and things so that they can reminisce through the same perception.

These are my analog perceptions of Paris, the city I love the most, the city my heart belongs to.

1 thought on “Paris in Spring”

This site uses Akismet to reduce spam. Learn how your comment data is processed.

Any cookies that may not be particularly necessary for the website to function and is used specifically to collect user personal data via analytics, ads, other embedded contents are termed as non-necessary cookies. It is mandatory to procure user consent prior to running these cookies on your website.